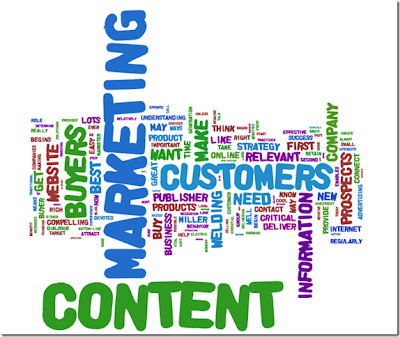 The day-by-day increasing influence of social media on context of incessant rise of smart phones and tablets once seemed as writing off the role of content in digital and internet marketing. Over a span of time, the enhanced use and masses’ interest, especially, youth in apps and games instead of written stuff and their lesser desire for information and more on apps contributed to this trend of heavy usage of smart phones and tablets. However, the showering of apps and abundant use of application and usages has once again raised importance of content in- and- through digital marketing promotion.
As apps are mostly paid and there are many charges along with the apps price like carriers tariff and legal complications leading the smart phone usage of apps to be a very costly have declined people’s interest in them. With lesser inclination of people towards smart phones apps and social media, marketers and digital promoters once again have started using content marketing heavily as a means for internet promotion and activities.
This trend of a turnaround in content demand for the year 2013 has also been supported by around 1000 digital professional across the globe. It has been estimated by the results of this survey that content marketing will play a pivotal role in shaping the digital marketing and e-commerce scenario in coming times. This study has concretely emphasized the fact optimization of the content whether online or offline and through and on diverse formats is essentially imperative for the successful completion of an online marketing campaign.
Native advertising is the right term, which is attributed for this type of content proliferation that is par beyond the boundary of paid, earned or owned media. By generating the great quality and interactive content, brands can market them easily without being disturbing consumers with rather explicit advertising.
Tweet
Share
Share
Pin
0 Shares
Previous post iPAD mini, an interesting offering in a lower price tag
Next post A Sleek, Samsung Galaxy S4 Review