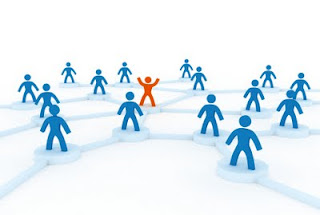 As use of social media is increasing by consumers, likewise the topmost social media sites and networks are modifying their advertising products to meet with the new rising demands of the brands. With lots of time spared out in developing them, now social media sites have been well affirmed and have established to the stage they must have dreamt about them. On the consumer side, it has been witnessed that he incorporates social media now into daily and routine life. For advertisers the social media online let the advertisers to better equip and pin point towards the consumer data for better targeting and relevance of online advertising.

For the coming year 2011 there will again be an emphasis of local advertising with again focus on location. As location bases advertising will further grow in 2011 as Facebook has expanded its technology with the location platform. Other sites like Foursquare (Foursquare), Yelp (Yelp), Shopkick, and even Google too are on improving there features for the local search. Next development into social media would go to be with reference and impact of celebrities on the Social Web. As consumers are making their decisions as based upon the social media on preferences like where to eat, shop and stay, and it would be no surprise to see that advertisers like Twitter, blog posts and reviews to understand not only who has the largest audience, but how much influence individuals have and then they can use them for making an average opinion of celebrities to create a spiral or viral on the web. Finally the next big news for coming year is the advent of small social networks even for the audiences of about 50 people. Fast Society is one such iPhone communication service that let users to create small groups to text with on the fly, and there groups ends the things for approximately three days.