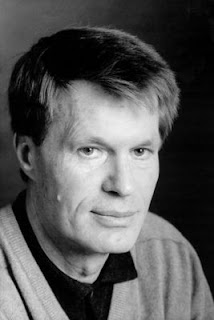 French novelist Jean-Marie Gustave Le Clezio is awarded with 2008 Nobel Prize for literature. The Nobel Committee at the Royal Swedish Academy of Sciences described Le Clezio as “author of new departures, poetic adventure and sensual ecstasy, explorer of humanity beyond and below the reigning civilisation”.

Le Clezio was born in April 13, 1940, in Nice. At the age of eight he along with his family moved to Nigeria, where his father was deputed as doctor in the period of World War II. There in Nigeria, Le Clezio started his literary career writing two books, “Un Long Voyage” and “Oradi Noir”.

Le Clezio completed his higher studies in English accomplished at a British university and taught at institutions in Bangkok, Mexico City, Boston, Austin and Albuquerque. His first novel was “Le proces-verbal” (The Interrogation), at the age of 23 for which he was prized with Renaudot in France.

His 1980 “Desert”, the Academy said, “contains magnificent images of a lost culture in the North African desert, contrasted with a depiction of Europe seen through the eyes of unwanted immigrants”. More than the dozen treatises of the author have been translated into English.