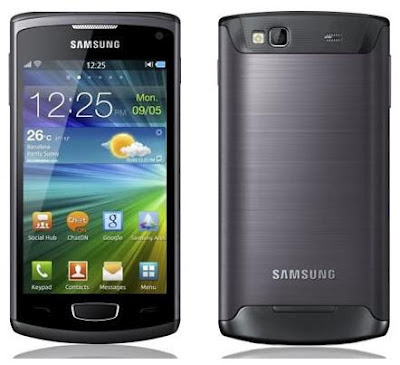 Samsung’s Wave 3 is the updated version of a Samsung Smartphone with the addition of a Super AMOLED screen and some other important and nice applications to the device. The device released by Samsung boast of nice curves, good metal finish, scratch resistant and finger print proof unique phone body.
The Wave 3 is equipped with a 1.4 GHz Scorpion processor and has 512 MB of RAM with Bada 2.0 running atop. The device is easy and simple to flip through the menus and its overall navigation is excellent. The Wave has super amazing music player. On music player in the deice, you will come across the tabs and icons that are neatly fixed up where you get around 5.1 surround channel and some other equalizer presets. For video, it has 720pixel display screen.
The device in terms of connectivity has good support for 3G, Wi-Fi, DLNA, Bluetooth, GPS and Wi-Fi Direct. It is provided with Samsung’s Dolfin browser that is effectively suitable for flash videos as well. The in-call recorder option is not provided with this phone set. For social networking, it has Social Hub as well as many other dedicated applications. Polaris Office is present as well with apps for your document editing and viewing needs.
In series of other miscellaneous apps, it comes with Windows Live Messenger, Yahoo! Messenger and ChatON, Samsung also has included an application named as Caster, that allows you to share your web content. To control many applications running at a time, it has the in-built task manager, which is very handy and useful to employ and use. The phone comes with a 1,500 mAh battery that lasts over a day on normal usage. Under constant video streaming, the battery lasts about in 10 hours and 25 minutes. It is priced for about at Rs 16,500 in India.
Tweet
Share
Share
Pin
0 Shares