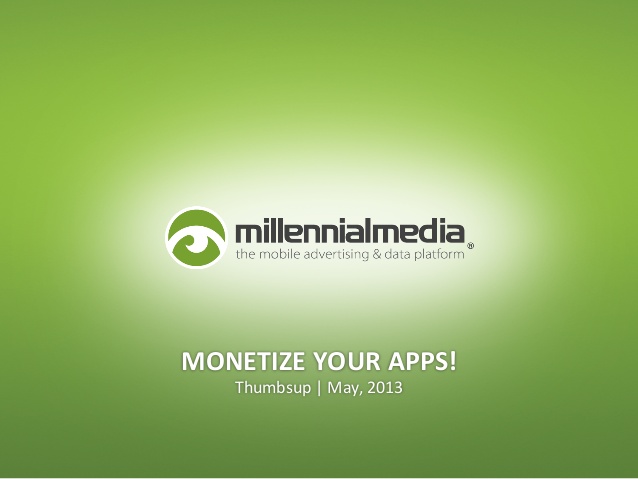 Smart phone the most potent medium for the communication in present era has also become a decisive medium for marketers to promote their brands and products. However for the purpose of mobile marketing, they are mostly depends upon the mobile ad networks. A mobile ad network, primarily, collects ads from an advertiser and sells them to a developer.  Ad networks bring ad publishers and advertisers together.  Mobile ad networks are highly beneficial for both, the, publishers as well as app owners. An app publisher can earn money from his app by monetizing it. Mobile ad networks collect ad inventory from different publisher sites. The selection of ad inventory is primarily based upon different parameters set by an ad network. Mobile ad networks technically are web/ad servers. They receive an ad requests originating from mobile devices and serve ad responses compatible to those requests.

Below is the list of most popular mobile ad networks that an app publisher can choose upon and from:-

Recognized as one of the largest mobile ad networks it has MIIP, the ad delivery platform that is quite unique in itself with respect to delivering ads. It has an intuitive discovery zone within apps where ads are curated and users can interact with the ads to bring better, effective tailored ads.  INMOBI target users based upon the Appographic targeting. Instead of studying demographic or geographical metrics, they study the applications installed by users on their device. Advertisers can reach over 1.5 billion mobile users across more than 32,000 mobile properties with this mobile ad network.

Highly equipped with Ad server, Exchange and Mediation products Fyber serves more than half billion active users by the means of monetization and serving ads every month. It is an accomplished full stack mobile SSP that helps streamline all ad monetization strategies. Through ‘Autopilot Feature’ it enables automatic optimization of ad revenue sources for developers. With Fyber, a developer is not required   to manually control the priority of mobile ad network. It runs simultaneous campaigns across direct, programmatic and mediated network that helps in finding out the highest bidder.

Considered as one of the largest mobile ad network Millennial Media it is just behind Google’s Admob in influence and reach.  Providing an extensive array of mobile advertising solutions to developers and advertisers its Millennial Media platform is quite intuitive.  With the help of the platform, developers can run their own house ads and share impressions to third party networks. It is widely acknowledged in US market on different operating systems.

AdColony is a premier mobile advertising network catering primarily to fortune 500 companies. It is recognized for promoting high definition mobile pre-roll videos to almost over all mobile devices.  Due to selection of high quality ads its rate of successful engagement is quite high. Integrated with an instant-play HD technology, it provides innovative mobile video integration strategies and monetization solutions to app developers. With its global reach it offers its advertisers very responsive audience to display ads allowing them to reach their target audience quite easily.

So, if you are an app developer or an advertiser there are a lot number of mobile networks that can sort out all your marketing and promotion needs.

How reputation management on social media is determined?