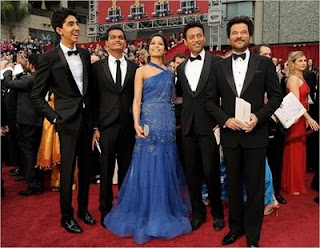 Finally, at Kodak theatre in Los Angles “SlumDog Millionaire” at 81st Oscar award ceremony, bagged the coveted eight awards out of ten categories, the movie was nominated in. Plot of “SlumDog Millionaire” revolves around a poor boy from Mumbai (Role played by Dev Patel) who reaches to riches from rags on sheer hardwork combined with luck.