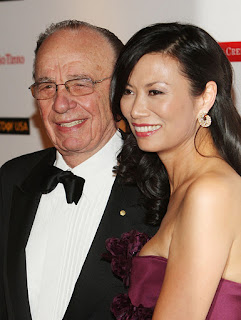 The account of Wendi Deng Murdoch, the wife of Media mogul   Murdoch’s has been found to be fake. Some one claimed himself as Rupert Murdoch’s on the Twitter account.  The message arrived as  “Hello Twitter. As News International has finally come to their senses, it’s time to confirm that yes, this is a fake account. I’m not Wendi,” the anonymous voice behind @Wendi_Deng said. This happened on New Year’s Day when the global media tycoon joined the Twitter. According to Twitter, it grants “a Ve