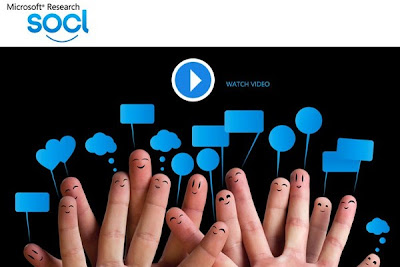 Microsoft, having a partial share in Facebook, has launched its own social media site without much Fun Fare as So.cl service. The social media site is primarily focused for students to share variety of interesting discoveries online. The site is an interesting mixture of curious blend of Facebook and Google +. Initially, the site is allowed only for certain universities and is a mixture of web browsing, search and networking. This combining is named as “video party”. According to Microsoft the site is not for replacing Facebook, Twitter or LinkedIn. Its service is available only for University of Washington, Syracuse University, New York University and a few other schools in USA.