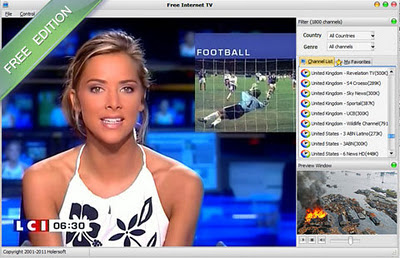 LG Electronics Inc said recently revealed that it will release its first Google TV next week. This venture between Sony Corp, Samsung Electronics Co and Google is an effort to leave an imprint in the area of rising field of Internet TV market. Google is clearly in mood to repeat the success of Android mobile software in the field of TV market. This time it has support from web content and hardware manufacturers.

Google TV let consumers to access online videos and websites on their TVs, as well as specialized apps like as video games. At present it is offered on Sony television models and Samsung and it is working along US firm to start Google TVs. LG would launch it at Consumer Electronics Show in Las Vegas. Chipmaker Marvell Technology Group, chip designer MediaTek and TV manufacturer Vizio are other new partners for the Google’s TV service. It is equally good opportunity for TV manufacturers who are facing stiff competition and has hope in the Internet TV market.