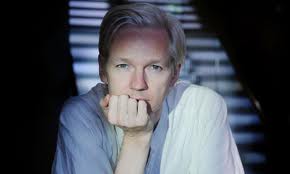 WikiLeaks founder Julian Assange who no doubt has created an ample controversy for cables leaks and kept US government on its knees has agreed to write an autobiography that will earn him around 1.3 million US dollars. In an interview with the Sunday Times Assange disclosed that the book will be published in the UK as well as the U.S. He would receive $800,000 from U.S. publisher Alfred A. Knopf, a unit of Random House, and £325,000 ($502,000) from UK publisher Canongate Books Ltd. An official from the Random houses confirmed this news however did not say much about the amount. Assange’s intention to write a book is due to the need of the money, “I don’t want to write this book, but I have to. I have already spent £200,000 for legal costs and I need to defend myself and to keep WikiLeaks afloat,” Assange told the Sunday Times.
Tweet
Share
Share
Pin
0 Shares
Previous post What is a Mobile marketing?
Next post Happy New Year 2011