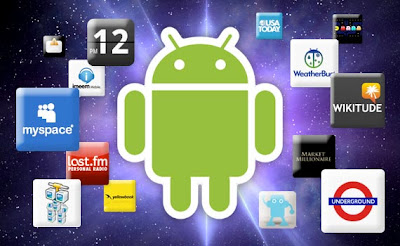 Today’s Smart Phones have been ahead from all other gadgets for work, games, and productivity and business tasks. Android apps has enabled people for cracking an email, see the latest news, working with some great business apps, games and lot more exciting features. There are a number of apps highlighted in the book titles “The Best Android Apps” which has detailed information about the use of powerful features of Android, which will give you a bit of productivity boost. It has still a strong year for the world’s most popular OS mobiles to match with compared to the iPhone.
Here are some best five and most useful apps for Android Phones, which are described below:
1.    Google Docs: Not only professionals and business people, but even students can work with it, which includes uploading Microsoft Office Files to your Google Docs repository. This would make easy for the users for file-sharing, management and save the important documents and open up in web browser, sitting anywhere.  This wonderful app will help you to work smoothly
2.    Light Box: Another stimulating add-on, Lightbox offers features like photo copies & journals with the ability for arranging/dividing the pictures by personalized timelines. This app’s dazzling visual display and compatibility on multiple Android devices make them unique and simply, amazing..!!! You can set the standard moving forward for photo-sharing apps on the platform to enjoy pictures.
3.    SwiftKey X Keyword: SwiftKey X arrived on Android cellphones and even in tablets lately. The app has larger keys as well as superior word and sentence prediction algorithms in three colour schemes to get it more bright way. This key learns from previously typed emails and messages too by the user.
4.    AVG Anti Virus Free: You get AVG Anti Virus software for Android Smart Phones just like you get free for your desktop. It will protect you from viruses, malware functions and utilizes real-time for keeping the data virus-free.  The app users can scan content stored on your handset as well as locate their handset if lost and even back-up their data.
5.    Google+: Google, undoubtedly has become the prominent player for social networking platform with the successful launch of “Google+”. This service is available in iPhone as well as in BlackBerry, which includes Windows & Symbian platforms. Google reasonably rules its own platform among the prime most areas. Most of the online businesses, for instance can use this feature on the Android app.
These are the best Android apps that crown the Smart Phones in the market and are ahead in the line of iPhone Apps and few others to win the race. Because of the open source nature of Android, there are a lot of apps sold in the Android Market and some of them can even be used virtually with patience, for great app idea. Still, it shows Android’s app selection is growing and getting better in many ways. The best new apps are on their way to hit the Android Market this year too.